*This entry is a re-posting of a great blog by George Couros, which he took from the PROFESSIONAL LEARNING JOURNAL 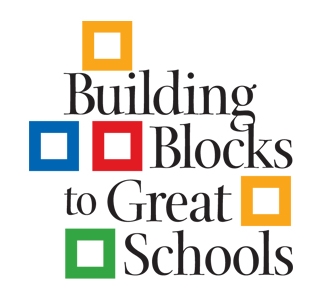 1. They are a welcoming and warm environment.

You can get a feeling of the culture of a school within a few minutes of entering.  Whether it is talking to the secretary, or seeing what is on the walls, the culture permeates through all pores of the building.  Every adult makes every child feel important, whether it is making connections with them during supervision or acknowledging them as you pass them in the hallway.  This starts with the principal, but it is something that should be expected from all staff. Learn names, make kids feel welcome and valued, and create a space where students want to be.  Without this, other factors don’t matter much.

2. They develop students as good people and learners.

It is imperative that we not only develop kids as learners but as great people.  Many would argue that this is the role of the parents/guardians at home, and although I agree it is imperative at home, it is not the responsibility of either home or school, it is that we develop both. It truly takes a village.  If schools only teach students the curriculum, we have failed them.  This is not to say that people and students will not make mistakes, but that they develop empathy and understanding for others, and learn to become considerate and kind for others as well.  Both becoming a learner and a better person, can be taught at the same time.

3.  They model the learning they expect from their students.

Continuous growth that is expected from wtudents should be expected from educators as well.  As teachers expect students to grow and become comfortable with change, this needs to be modeled in what we do every day.  Educators need to put their learning at the forefront to ensure that schools go beyond being relevant to students. Still, they immerse students in the reality of their current world, while preparing them for the future.

4. They stoke curiosity, not extinguish it.

School should not be the end of learning, but only part of the beginning.  Do our students develop an insatiable curiosity to grow, ask questions, challenge ideas, create, innovate, collaborate, and become "problem finders and solvers” now and in the future?  My fear is that willingness to poke around, ask questions, and press buttons to see what happens eventually is “schooled” out of them.  As Amanda Lang shares in her book, “The Power Of Why: Simple Questions That Lead to Success,” curiosity leads to intelligence:

Curiosity is, therefore, strongly correlated with intelligence. For instance, one longitudinal study of 1,795 kids measured intelligence and curiosity when they were three years old, and then again eight years later. Researchers found that kids who had been equally intelligent at age three were, at eleven, no longer equal. The ones who’d been more curious at three were now also more intelligent, which isn’t terribly surprising when you consider how curiosity drives the acquisition of knowledge. The more interested and alert and engaged you are, the more you’re likely to learn and retain. In fact, highly curious kids scored a full twelve points higher on IQ tests than less curious kids did.

We do not need to spark the fire of curiosity of kids in school; they show up curious from day one. We just need to be sure that we fan the flame and not extinguish it.